Below is the list of tools and resources I use in in my business.

These are my absolute favourites, and the things that I too use. There are a few affiliate links in here, which mean that at no extra cost to you, I might earn a commission if you decide to make a purchase, but those affiliate links are only to products I’ve bought myself, used, loved and recommend.

WordPress.org – My website is built using a system called WordPress. It’s commonly referred to as a Content Management System. Even as little as five years ago, many companies and individuals were using systems that had been built by the company that designed their website (AKA Proprietary websites), however in recent times, people have migrated over to Open Source software (meaning that the creators have provided all of the code to the world so that others can build on top of that with other plugins and features). Two other open source platforms are Joomla (wouldn’t recommend) and Drupal (better for larger organisations). Many of you will have also heard of Wix and Squarespace. These are NOT open source platforms. There are some pro’s to using Wix or Squarespace, such as increased security – because the code isn’t out there for the world to see), but there are also many cons, such as, if the company shut down tomorrow, so would your entire website, and because the code hasn’t been released to the whole wide world, there are less features and integrations. Aaaannnnd then there is the WordPress.com version with waaayy less features. Don’t use it. Just don’t. Use WordPress.org.

Digital Pacific* – For hosting and my website name I use Digital Pacific*. They’re an Australian company and they have green credentials which suits me, but moreso, they’ve always been available (STRAIGHT AWAY – no waiting on hold) when I’ve picked up the phone and needed them… like twice when I accidentally deleted every single image on my other site. It was music to my ears when they said that they back up my website four times a day and could just restore one of the old versions and it has been a piece of cake to set up my site with them – they have a one click install, and the credentials land in your inbox straight away.

And over the years, I’ve since set up a number of websites for other small businesses, and so I’ve seen the insides of many other hosting companies, and in my opinion, I’ve yet to see another one that provides as good a customer service as Digital Pacific*.

SiteGround* – If you want to go with one of the bigger, international players, my pick is SiteGround*. I know lots of people who use and recommend them, and they also have a basic free SSL certificate included in their hosting package, as well as free migration. The only caveat I’ll give though about free migration services, as opposed to a real human doing it, is that if it stuffs up, then you could be up sh*t creek without a paddle, so hence I don’t mind paying someone if I’m migrating over my host.

This website, however (which I don’t recommend for beginners), uses a theme called Foundry from Tommy Rhodus.

A page builder can be a really useful tool for creating sales and landing pages. I hands down recommend Thrive Architect, and you absolutely must use their AB testing tool, Thrive Optimize.

Stop right there! If you’re searching and searching, breaking the internet and doing all these cost comparisons for ecourses, then you’re wasting time. I’ve worked with Zippy Courses and AccessAlly, and my recommendation is actually to just use Thinkific. It’s an in built platform, so you don’t need to pay for website or video hosting, and it’s free on the basic plan (it just takes a small cut) – WHICH IS PERFECT if you’re starting out, because you only have to pay for what you sell, instead of forking out a tonne of time and money, for a program that may be untested. So, trust that I’ve done the research and just use it, ok?

So here’s my advice when it comes to email newsletters. Don’t use Mailchimp. When you’re first starting out, it seems really great, and to be honest, LOTS of people start of using it, but in my honest opinion, it’s just not all that. They’re always behind the 8 ball with functionality and services, but if you do sign up and use them to begin with, don’t sweat it, they’re not the worst out there.

Then, there are lots of people who use Convertkit, but I use Mailerlite for a few reasons – not many people reailse, but the tagging in Mailerlite is pretty much the same as Convertkit, but their interface is SO much easier to use, and their automation is just logical. Plus… there’s the cost!

As an example, if I had just under 10,000 people on my list – I save more than $1000 using Mailerlite each year – that’s money I can funnel into Facebook advertising and other things.

Mailerlite is a bit of a new kid on the block, so it doesn’t have a huge number of integrations… yet, but I have no doubt that more are on the way.

If you want the rolls royce – many people will look at something like Ontraport or Infusionsoft.

So here’s the thing: you have genius inside you, but, if you’re anything like me with two young kids and oohhh…. about three hours a week to get your business groove on, then you’ll spend ALL the time doing techy stuff. Or maybe you’re not even that great at techy stuff and need someone to help you set up your email newsletters, opt-in’s and newsletters.

I avoided hiring help for SUCH a long time, and then finally, when I had my second child, decided enough was enough, but I was tired of hiring people who didn’t have the full skill set I was looking for, or worse yet, made reeaallyy ugly opt-in’s and I ended up redoing them myself anyway. So that’s what I love about Gemma from Lulada Studio. Her design skills are the business and she has the tech skills to boot.

If you’re not using Pinterest well and you have an online-based business, then you’re not doing business right, but here’s the thing: You need to be pinning regularly throughout the day, and at optimal times and ain’t nobody got time for that.

So, I use Tailwind to schedule all my posts. My number one tip for using Tailwind is to get the Google Chrome extension and then use that directly from Pinterest.

Ok, so for Facebook and Instagram, I actually don’t schedule my posts at this point in time. The algorithm doesn’t like it, and posts should be about engagement, not just recycling posts, BUT if you want to get into the Twitter game, then check out Recurpost. It’s free for 100 posts, that you can just set to recycle over and over again. So you could set 4 posts a day, and that would last you a month on Twitter. 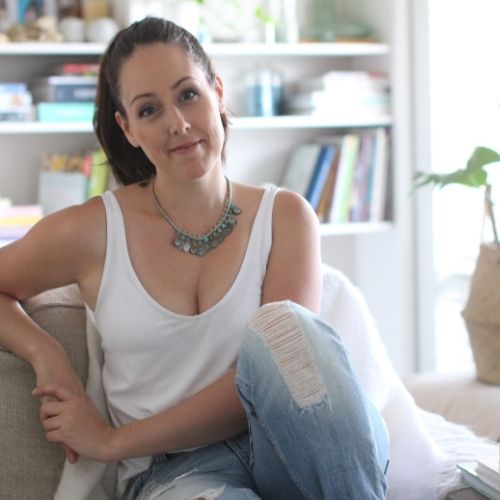 Hi, I'm Robyn! I'm here to help women survive the rocky road of trying to conceive. For some people, having a baby is easy, but for others, like me, it's a long and tough rollercoaster. My journey starts off just like most of us. We thought having a baby would take no time at all. A year later, we found ourselves at the fertility clinic, and several ovulation inductions, IUI's, IVF cycles, OHSS and a miscarriage later, we finally conceived.

Now, I'm passionate about helping you not only survive the process, but thrive! My superpower? Helping type A women find calm, confidence and happiness in their TTC journey and feel like warriors. I’m a little woo woo. A lot straight shooter. I have never turned down a bowl of mashed potato and if you love Salt n Pepa, well… we’re soul sisters.

In the Fertility Warriors podcast, I interview other fertility warriors, and share advice and tips on how to conceive, how to navigate the world of fertility treatments and how to be your best and healthiest self. I'm the author of Screw Infertility, the core educator for The Fertility Warrior Intensive course, and the My Missing Piece Membership. You can find her at robynbirkin.com.

Subscribe, join the tribe and get to know me a little bit better (I promise I'm not daggy... ok a little bit.... ok a LOT... but follow me anyway).

And make sure you come and check me out on Instagram. This is where you'll find me day in, day out and where I share heaps of bonus info, tips and resources.

Check out these posts… 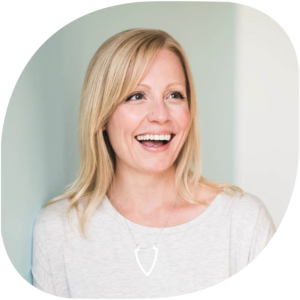 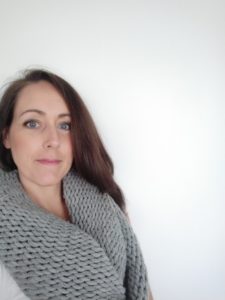 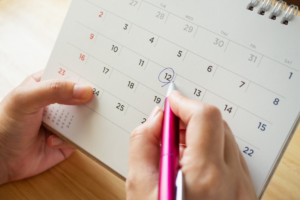 More Posts from this Category

My heart literally sings when I read your reviews

MY PLANS FELL IN A HEAP... . I remember when Ross

For anyone who needs to hear this today. ♥️♥

Oh gosh, such a raw, heartfelt and straight up "te

Got a question? All questions valid! I have some t

Have you finished grieving yet?... Was what one of

It felt like my heart couldn't bear anymore of thi

This website uses cookies and other tracking technologies to help make your experience on our website better, and assist in showing you only relevant promotional material. Find out more.