This year has been absolutely crazy for us. I don’t think I’ve taken a day off so far. Anyway, later in the year will get busier before it gets quieter, so I thought I’d take a rare opportunity to take a day off, and Ross and I could go camping.

I spent the morning on Friday getting ready, and then we took off at about 1.00pm, down south to Dwellingup, which is about an hour and a half away. I have no idea what I usually eat when I’m camping, but now that I’ve been trying to cut down on dairy, the whole thing got a little more challenging.

Anyway, earlier in the week, I saw this awesomesauce recipe from Wholefood Simply for chewy chocolate cookies, with just three ingredients, so I had to make them for us for while we were driving places. They were the bomb. 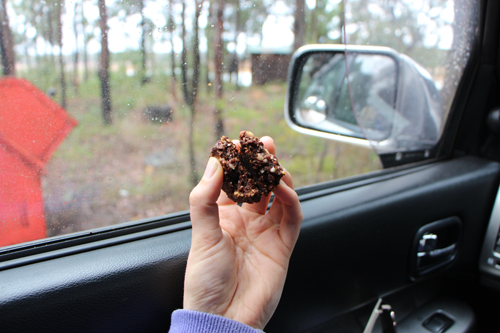 On the first night, I thought we could have jaffles, and on the second night, I thought we could have veggie burgers. I looked up a veggie burger recipe from Dreena Burton, although I didn’t really look carefully at the ingredients. Pretty much, I added mushrooms, zuchinni, carrot, almonds, walnuts, spring onions, tomato paste, tamari, whole-wheat flour and rolled oats. The mixture somewhat worked (next time I’ll actually stick to the recipe!) so I put it in a snap lock back. Anyway, when it came time for dinner on the first night, the thought of tinned spaghetti in a jaffle seemed…. somewhat unappetising, so I made one with the veggie burger mix, half an avocado, some tomato sauce and a vegan cheese slice. It was really nice. I also cooked one with the traditional tinned spaghetti (just in case number one was a fail), but honestly, the veggie burger mix was heaps better. 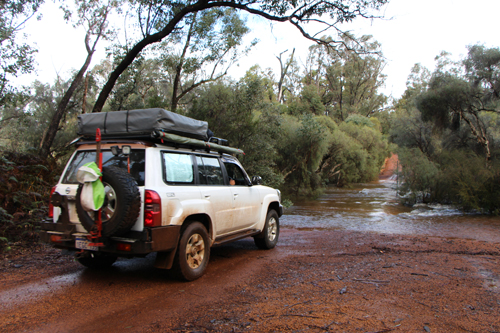 The first night was rainy. I’m pretty sure it rained right through the night, and then when we woke up in the morning… it pretty much continued raining…. which put a but of a dampener on things (haha – get it?).

So, the decision came to drive home and give the second night a miss. For lunch I had made carrot sticks, celery sticks, and my roasted red capsicum hommus, which did the trick. The other option was some dirty nachos or other take away food from a café in Harvey. Glad I didn’t go there…

We had a little bit of a look around places we passed, before heading home. Glad we did though because it pissed down aaaaaaalllllll night. But, it was still really relaxing, and fun for us to get away from the rat race for a little while. 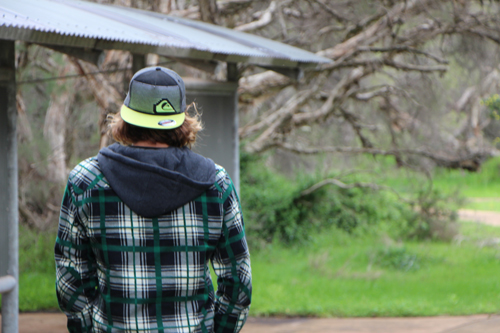 Do you have any recipes for awesome camping food?

Have a great week!