The pros of a small age gap between children 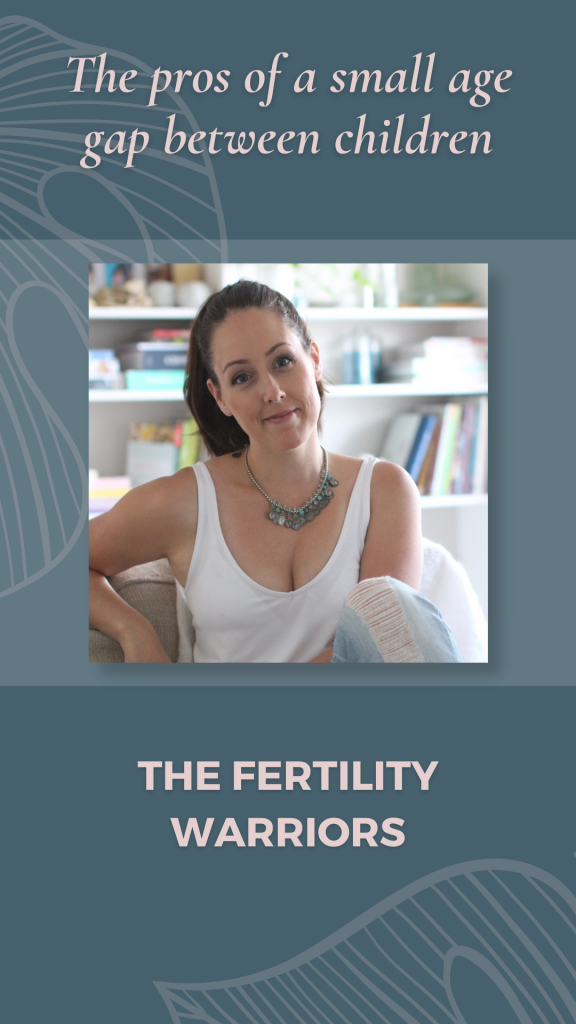 This is part of a two-part series on the age gap between kids.

I was asked on Instagram recently about the age gap between my two children and there was a big response from people who felt that they were grieving having a short age gap (ours is nearly two years). They then wanted to share what I felt were the pro’s as they were just unable to see it….. And then after that, I had some people reach out to me asking about the pros of a short age gap (twins, got pregnant naturally after not using protection after the first kid because #infertility and same-sex partners who wished to be pregnant at the same time).

In each of these episodes, I share 10 pros to having a short or long age gap between kids – and I separated it just in case anyone didn’t want to hear the other side at all (totally get it!).

But here’s the thing – there’s always going to be some grieving when life doesn’t go the way we planned – and for many of us, we’ve been planning our parenthood and what that would look like all of our lives. So if you’re feeling like you can’t be grateful or hopeful right now in those feelings I want to let you know that you’re allowed to grieve the way you thought things would pan out.

There’s also always going to be people who try to tell you that one way is better than another or want to sway you to their way of thinking – but you need to do you.

I saw a saying on Instagram that reminded me of this scenario and said ‘get the tattoo. Your parents are already disappointed’ – you have to live for you!

Often we also don’t have a lot of choice in these scenarios – one of my old bosses always used to talk about fixed vs flexible mindset – and when something is fixed and we can’t change it (which is sometimes the case with age gaps) then it doesn’t always make sense to put all of our energy into it. We’re better to make a conscious choice to try and shift our attention to things that we do have some control or choice over. And I feel like that also applies often to the age gap we have between children.

So, to help you start to process and embrace your direction – I’ve put together 10 pros to a small age gap/large age gap.