10 diet commitments I’m making, that you should make too

I wrote this post before I became vegan, so you’ll find me talk about dairy, and even chicken and fish. I often look at this post, because it was really the start of a big change in my life… read on…

Ever since I’ve been 14, I’ve more or less been on a diet. That is, if you call a way of eating, a lifestyle, a diet. At 14, I went on a trip to Rottnest Island, and for a number of reasons, but mainly because the idea of eating animals began to turn me off. I decided from that moment on that I’d become a vegetarian. I was a guest with a friends family. That must have been a royal pain in the butt.

When I went to live in Japan upon graduating high school, I reintroduced meat into my diet (to not offend anyone although they don’t consume a great deal of it anyway though). When I returned, I dabbled in eating meat, but when I moved out of home, once again, discontinued eating all red meat. I tried giving up chicken and fish again, but I just couldn’t stick. And there I was.

In recent years (I’m currently 30) I’ve often pondered what I would do should I ever fall pregnant and have a child. Would I reintroduce red meat into my diet? But, I’ve reached a point in my life now where I just didn’t think I could go back. I’d often say ‘I’m in a rut’. In my eyes, I see no benefit to it. I don’t like the taste, I don’t like the way animals are treated, I don’t like that organic meat isn’t readily available, I don’t like the texture, and it makes my gut feel so heavy and gross.

Last year I began a new journey and for the first time, visited a naturopath, and was put on a strict diet in an attempt to lose weight by putting my body into ketosis (if you don’t know what this is, google it). No sugar, no starchy carbs, no alcohol, no beans, chicken only once a week or so (because apparently as a B blood group I can’t tolerate it), and a range of other ‘no’ foods. I stuck to this diet for three months and felt terrific, although my diet choices were limited. This is because on the diet, I needed to eat about 25-30g protein at each meal (plus two 10g snacks throughout the day), combined with three handfuls of vegetables. Given that I don’t eat red meat, and chicken and beans were out, I resorted to a lot of tofu, cheese, protein bars, protein shakes and some fish and nuts.

I did feel pretty good, felt much lighter in the gut, and lost weight. But, for me, it didn’t feel like a ‘forever’ way of eating’.

What it did do though, is spark my curiosity with nutrition. I’m a very curious soul, and I started reading, on the quest to find what I thought would work best for me.

Now, again I’m seeing a naturopath, and one whose philosophies seem much more aligned to my way of life. I started seeing her three months ago, and once again, have been put on a diet, a detox. No alcohol, no wheat, no dairy, no yeast, no soy, no coffee, no sugar. Now, I’ll admit that I’ve been a terrible patient on this one, and haven’t 100% stuck with the no sugar and no wheat. I’d give myself a 90% score there though. And dairy….. well I live off dairy so I flat out told the naturopath that was off the cards and continued as such.

One thing that piqued my interest though, was that she said I should be getting my protein once a day from vegetarian sources rather than from animal sources.

What?! Protein (other than tofu) that doesn’t come from a meat source?! Well, actually I knew that, but thought they were all incomplete proteins, that they didn’t provide enough protein, and well, so on. She mentioned quinoa, amaranth, barley and millet. I didn’t know much about any of these, but quinoa was the one I was most curious about (more about that in another article).

So, in my quest to find recipes for quinoa, I went online to the book depository and bought a bunch of cookbooks and nutrional books, mostly vegan related, because I thought those whacks would eat wierdo stuff like that. And voila, I stumbled across two cookbooks, Alicia Silverstone’s, The Kind Diet, and Kris Carr’s, Crazy Sexy Diet. What do the books talk about? They refer to the Ph level of food, animal welfare, but mostly about how meat affects our health levels, and they put out there some pretty convincing statistics.

If you’re interested in the type of statistics, then google ‘The China Study’.

Now, these days I have read a library on the different diets and nutritional philosophies out there from the blood type diet to a high fibre diet to the paleo diet. I’ve seen all the documentaries (and was inspired to watch Forks over Knives the other day too).

Even though I don’t eat red meat, before reading these books, I was thinking to myself about whether I would attempt to reintroduce meat into my diet, and when I read somewhere that Lea Michele (a lady from Glee) was a vegan I thought ‘hell no’.

Now, I am feeling comfortable with the fact that I’ll be fine if I don’t reintroduce meat into my diet, and quite turned off dairy food. I know. My beloved cheese. Noooooooooooooo.

So, these are the 10 commitments I’m going to make after reading these books. Commitments, that I feel resonate with me, and will make me feel good about my diet (remember, it is a lifestyle), well after the detox has finished:

I’m not suggesting any of you convert to a ‘vegetarian who flirts with vegan’ diet like me, but of all the books I’ve read, there are a few common threads. Those are, that processed food is not good for you, fibre is good for you, and that everyone should be eating more vegetables. It doesn’t sound like rocket science, but how many of you are getting your 2 fruit and 5 vegetables EVERY day?

Here are some things that I think you should consider:

Let me know how you go if you read these books, and let me know if you make any commitments! 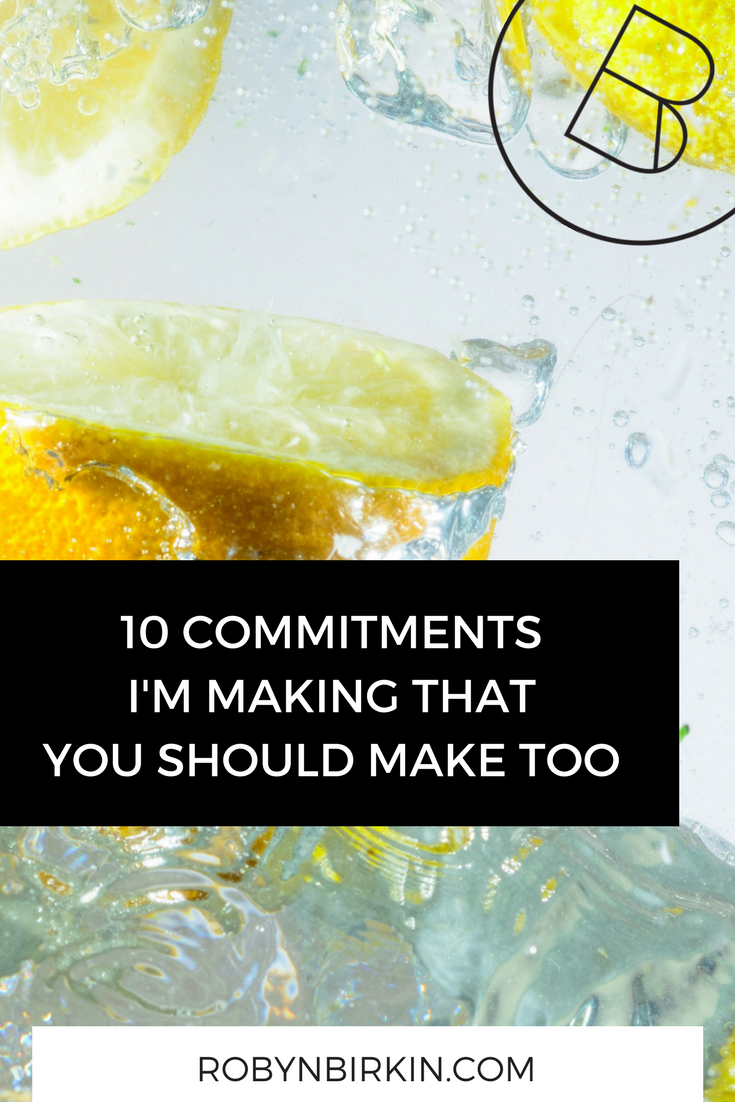