So…. we’ve moved. Finally. Now I can get back to having a life without worrying about cleaning the house for home opens or packing.

Moving was a nightmare. To give you an idea in two bullet points of what the experience may have been like:

But, we’re in now and I really do love the house. It just has such a cool layout and everything (in my opinion) is a good size (not too big, not too small). The house is livable  although Ross and I are pretty much going to renovate EHVAHREETHING as we go along.

First things first though. The Veggie Patch. I don’t know what to do without at least parsley and basil in the garden!

So, once the heatwave was more or less over, I went out and bought a whole bunch of stuff. I bought:

The parsley at the shops didn’t look like it was coping too well so I skipped that, and we also had some chives that I transplanted from a pot. It looks like there is also some garlic or onions already growing there. 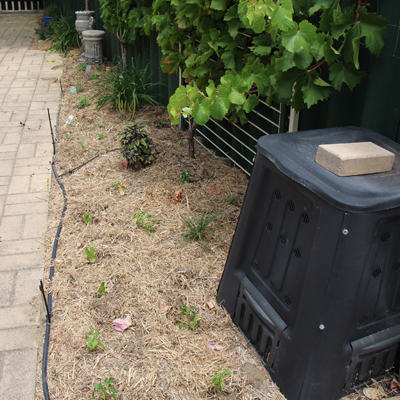 While I was at the shops, I bumped into a man who said he used to be a commercial tomato grower (handy) and told me that I should put the tomatoes in a pot first, and then transplant them into the garden once they’re a bit bigger. So, I also did what he said and planted a few things in little pots first.

A few days prior I had put down some dynamic lifter and given the soil a bit of a toss, and put down the mulch (we find the organic sugar cane stuff works well in the veggie garden). Then, when I popped the vegetables in, I made sure I gave them a good water and also put down some snail pellets.

You HAVE to know this one thing in order to change

Hands up 🙋‍♀️ if this basically sums up i

Gaaah I hate it when people say you that your atti

That is all. So happy for everyone.