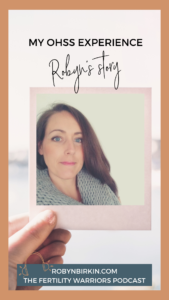 My first egg retrieval was a disaster and probably one of the hardest times of my life because I had moderate OHSS and then a failed pregnancy. I didn’t get OHSS the second time around!

If anything got me through though the first time, it was scouring the internet to find comfort in those who had been through it too and seeing their pics, stats and tips.

Basically in my understanding is that they take all the follicles out of your ovaries, so they fill up with water, but because of an excess of a certain thing in your body, it causes the ovaries to leak this water randomly into your body. So, you drink, drink, drink but instead of it hydrating you, it goes straight into your ovaries and then leaks out into your abdominal cavity.

I had all of the risk factors except PCOS. My estrogen was over 10,000 a few days before retrieval, and on the ultrasound, they counted about 40 eggs. They were expecting to take out 18 mature eggs, so just before they put me under, they told me they’d likely freeze all of the eggs because they thought I had a high chance of getting OHSS.

When I woke up and the nurse came to see me in the hospital, it turns out that only 12 were collected, so transfer was a maybe.

When I went in for a 2 day transfer, I was bloated, but not feeling too bad. They were 50/50 on whether they were going to do the transfer or not so I had to go in for an examination an hour before so they could assess me.

They concluded that at the time I probably had a mild case of OHSS, and ummed and aahhhed before deciding it was my call. Of course I’m going to say go ahead!!! The problem with a 2 day transfer is that OHSS doesn’t really set in until about 4-5 days later. In any case, I had 3 weeks off work so I thought eh, I can handle it and we did the transfer.

25 December: Christmas Day – by this time I was really feeling the bloat and needed pillows around me to sleep, although I wasn’t actually sleeping much and confined myself to the spare bedroom. I remember for Xmas breakfast I had one piece of toast and for Christmas lunch I had a sparse plate of veggies, and that was it

25-28 December: We travelled to Margaret River to stay a few days with my hubby’s folks. I was really getting bloated, but pretty much ate one meal a day, and napped for half the day. Still slept in a spare bedroom and wasn’t sleeping much. From recollection I was peeing a few times through the night.

29-30 December: We came home, and just as well because I was starting to go downhill. Sleeping became really difficult and I was so uncomfortable. The bloat really hit and I was now walking with a hunch because everything was so tight around my belly. My urine input slowed down.

31 December: I woke up feeling like death. Even walking made me feel like I was going to spew, let alone take a sip of water (the one thing I was supposed to have lots of!). I felt as white as a sheet, and walking was now really hard, and I was barely eating anything, barely going to the toilet. I got into the hospital for my blood test and said I needed to see a nurse. They were awesome. They kept me there and then checked me out. Turns out things had progressed. They gave me a prescription for an anti-nausea drug and confirmed I was pregnant but that my progesterone levels were through the roof at 1470 (that’s like 20x what it needs to be!). So I was to stop taking progesterone and they explained that was probably contributing a lot to how I was feeling. They did an ultrasound and confirmed there were ascites. I was also severely dehydrated so the doctor wanted to admit me to put me on a drip, but now that I had the meds I didn’t see the point, and everyone else on the WWW says that being in hospital isn’t that great. They told me to come into hospital every day for a few days to be monitored by the nurses. I was truly miserable and would cry every night and breathing was really hard as I was so bloated. I could only take short breaths. They ordered a follow up ultrasound, and found that my organs were all up in my chest because the fluid had pushed everything up.

12 January: My belly had started to go down and I was starting to feel ok again, so this was about 3 weeks of having OHSS and about 5-6 weeks into the pregnancy. I was getting excited about it all. Initially I thought I had 3 kilos of fluid in my belly, but turns out that because I’d hardly been eating, I actually had about 7 kilos of fluid in my belly and had lost a few kilograms. When I got back to work on 15 January people said I looked like I’d been through the ringer though.

19 January: I was told the pregnancy was no longer viable (three days before my first ultrasound) but because my progesterone levels were still high, I should induce a medical miscarriage as otherwise the fetus would continue to grow, and the natural miscarriage wouldn’t happen for ages. What happened there is a whole nother story.

And, here’s some pics: 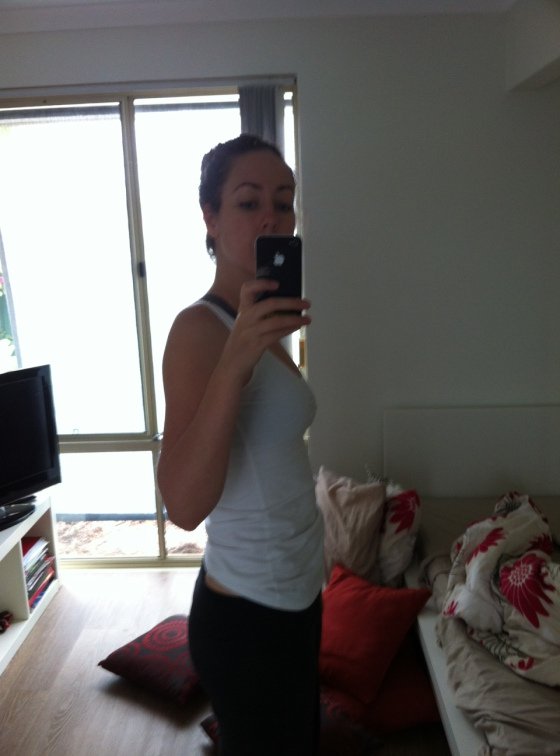 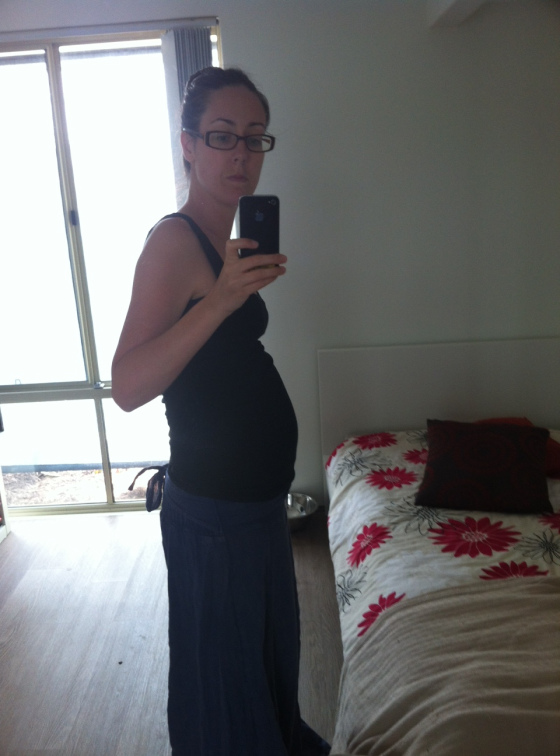 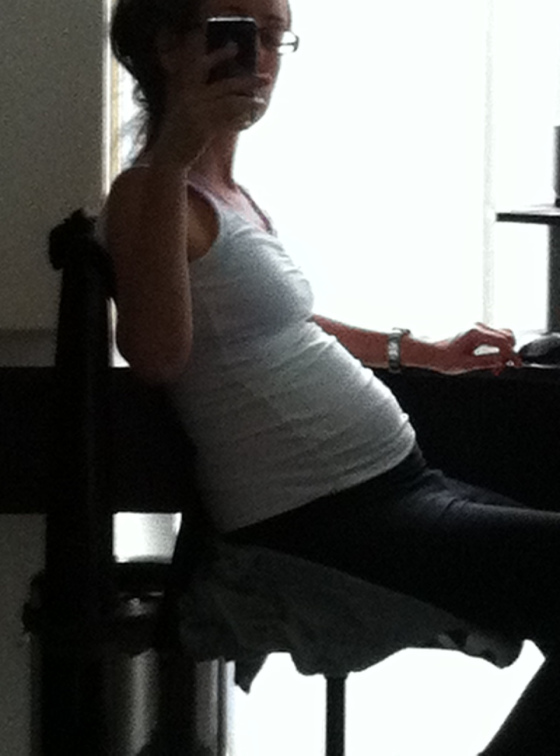 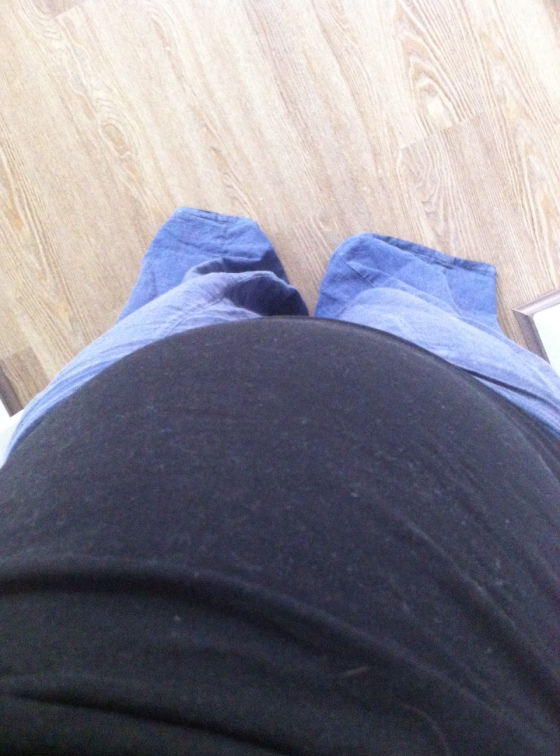 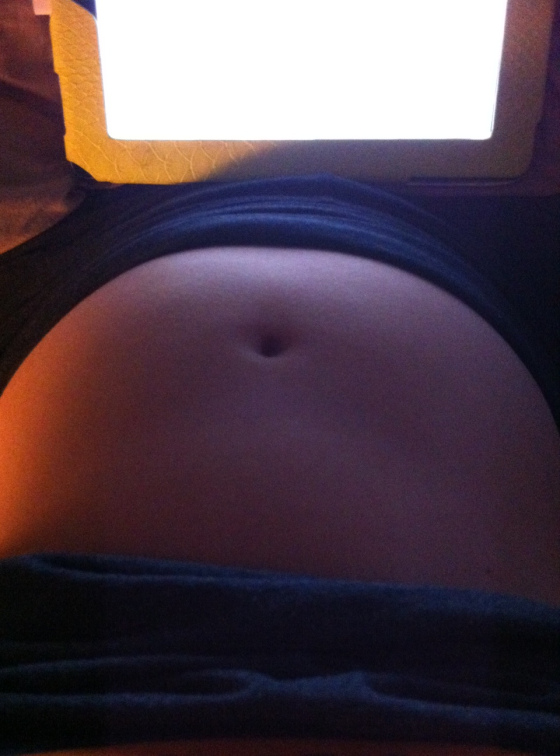 The tests your Specialist might be missing with Naturopath, Jacqui Lamplugh

Read More
The tests your Specialist might be missing with Naturopath, Jacqui Lamplugh