You are here: Home / Health and Wellbeing / My Veggie Pregnancy – 35 Weeks

In my head, the last update I posted was at 33 weeks, but it was a whopping 5 weeks ago! Well the major change is that my stomach has expanded… significantly! 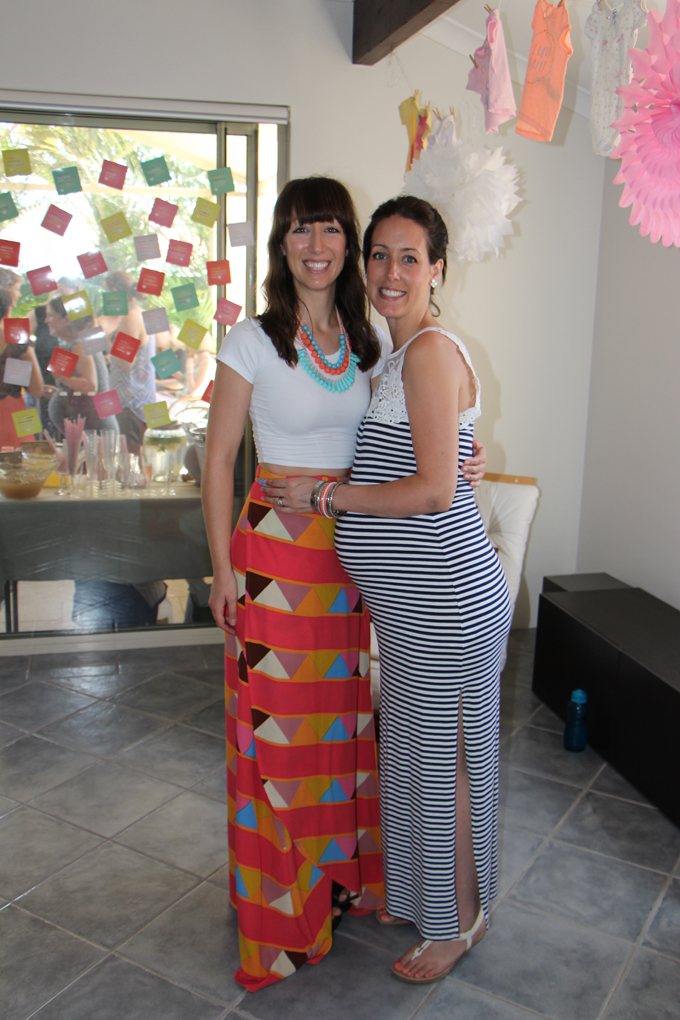 Me and my sister, Gemma at my baby shower

Well I’ve finished up work, which is great. I finished at 34 weeks and I think it was just in time because I could feel my body telling me to ease up. Honestly – I don’t know how women in the US and other places work right up until their due date. Hat’s off to you ladies!

I had my wonderful baby shower, which was organised by my cousin and sister. I think they also had my mum running around, and then my family all made food for the event too, so I was very lucky. It was 100% vegan which was lovely. I think it deserves an entirely separate post, so stay tuned next week for that.

The kitchen is still in renovations…. hrmmm…. not impressed. The company who we are getting the benchtops from came to install them and discovered they’d measured wrong. Oh well, if that is the biggest worry in my life, I think I’m doing pretty well!

One of the reasons I knew my body was telling me I’d had enough of work, was because after Christmas, every day I’d come home from work with fankles (fat ankles). Uugghhh. I tried everything, but really, work just wasn’t doing it for me. Now that I’m on mat leave though, I haven’t had any swelling at all.

Which is not to say though that my feet aren’t boiling hot! I call them furnace feet. So bizarre. Of course, the rest of my body is also a mini-oven, but the heat that comes from my feet… oh boy.

Rosco thinks it is funny becasue usually he is the one who likes the air conditioning on and I don’t feel the heat so much. Perth at the moment is about 37°C every day (about 99°F).

I’m not sleeping that much – probably about 4-5 hours each night, although I’m not tired at all, so I’m fine with it.

The other supplments I take are my prenatal (usually either Bioceuticals or Herbs of Gold), a sea-derived calcium, vitamin D3 (vegan – I was taking Herbs of Gold, but they’ve discontinued it, so now I’m on another supplement that is algae-derived I think), a probiotic (the one thing that pregnant or not pregnant I always take!).

I also have, but haven’t been taking unless I think I need it are magnesium oil spray (magnesium is much better absorbed topically – this is good for anyone experiencing round ligament pain, leg cramps or restless legs) and zinc.

As I’m vegan, my naturopath also recommended choline and creatine (just in tiny amounts), but I’ll admit I’ve been more than a little slack at taking them.

Now that I’m in the third trimester I’ve also been drinking red raspberry leaf tea (iced) which supposedly is good for toning the uterus and getting the body ready for childbirth. In reality I used to drink it before I was pregnant because I liked it, and now I’m just glad to be able to drink it again. I think you can drink it in small quantities beforehand, but I was just as happy sticking with my mint, ginger varities etc 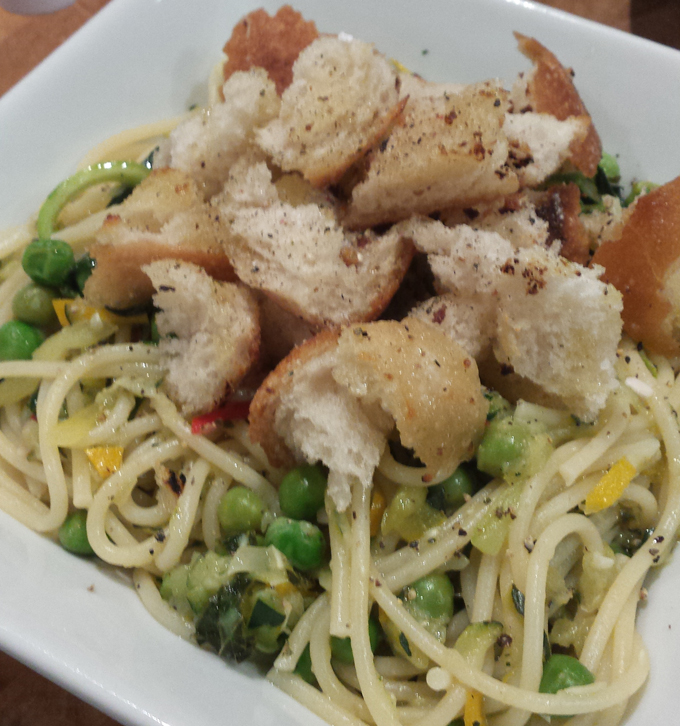 Zucchini Pasta with mint and peas 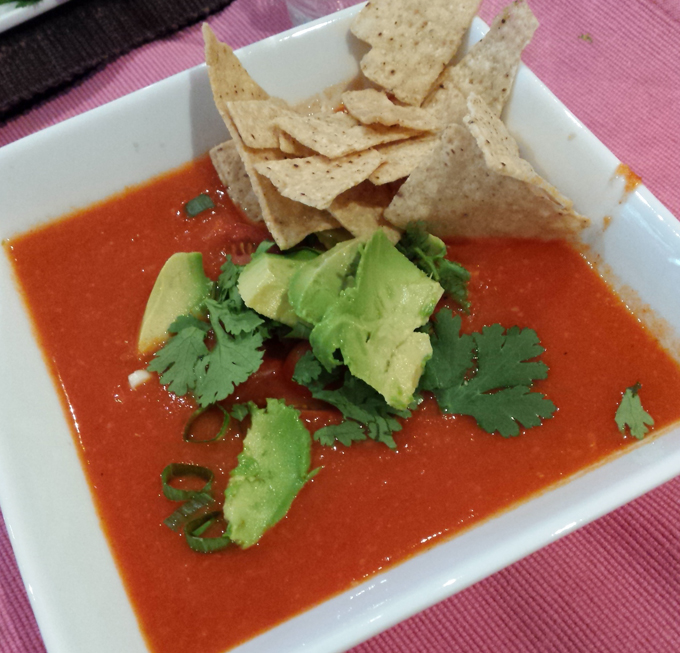 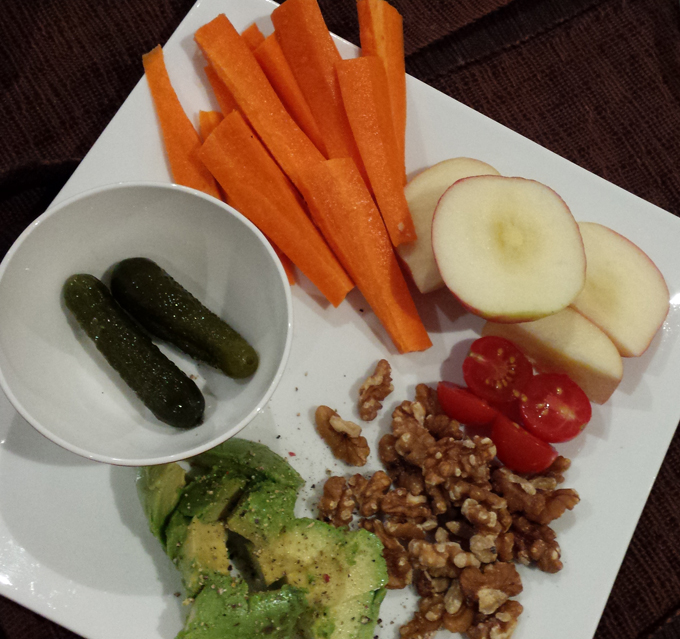 Avocado on toast with pumpkin seeds, chia and tomato

Well, that’s me for the week. Next week I graduate to weekly obstetrician appointments. Can’t wait! I can’t believe our little girl will be here soon. 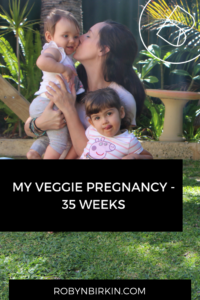 Don't ever diminish the huge hurdles that you're o

Think I've said it all. Save it if you think you m

Meaningful connections is my lifeblood and I am so

Hands up if you decided to go all healthy, organic

There are no wrong decisions. . I know you can fee