Back in July last year, I created a recipe for Zucchini and Corn Fritters.

It was one of my first disasters, in that when I wrote the recipe, I wrote 2TB instead of 2tsp of bicarb of soda, and that night a reader tried the recipe and it was fail station. I was so thrilled that someone was trying my recipe, but I was horrified that I had written it wrong, sent an apology and fixed it up pronto. Thankfully, she saw the the funny side and is still a follower. From that moment on, I learnt the lesson that when you’re food blogging, always write teaspoon and tablespoon out in full, both when you’re writing down the recipe for yourself, and online.

Looking at the old photo, I still can’t believe that as recently as that the photography of my food was so bad! It’s a gradual process of learning, and I’ve been dabbling more recently with the manual function of the camera.

I made the recipe on the weekend with the intention of just updating the photography, but I ended up tweaking the recipe, so I thought I would re-write it.

This is an easy dish to make for lunch and tastes delicious served with sweet chilli sauce. It’s also cheap to make! 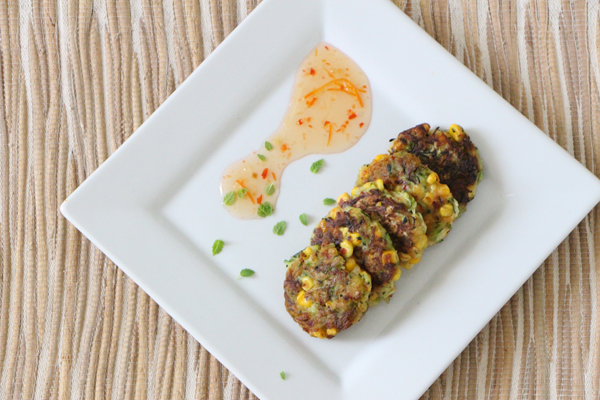 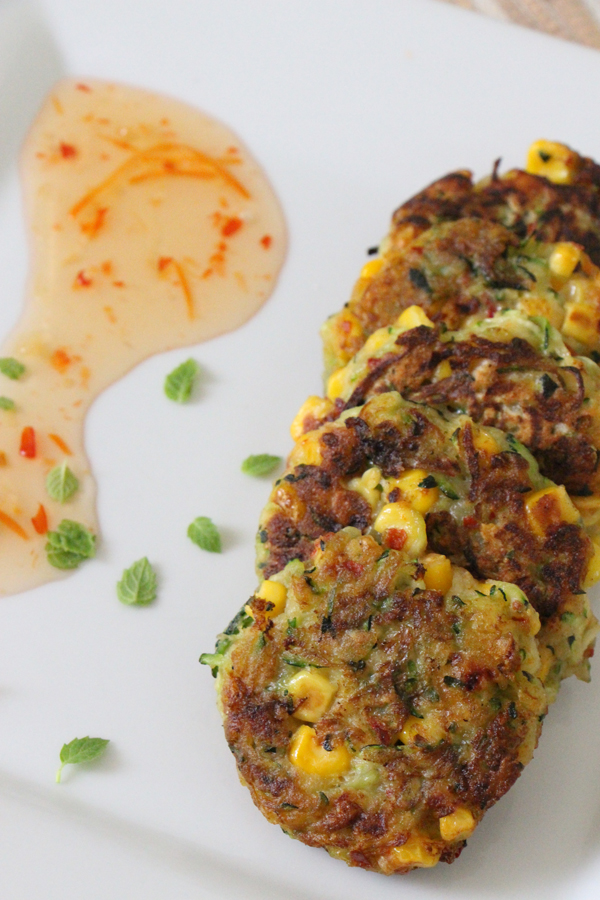 Save Print
Zucchini and Corn Fritters
Author: Robyn B
Ingredients
Instructions
Notes
Be careful that your frypan isn't too hot, or you'll just cook the outside and not the inside, although they should always still be a bit crunchy on the outside and soft on the inside.
3.5.3251
Share 0
Tweet 0
Share 0
Pin 0