You are here: Home / Podcast / IVF Tips: What Would I Change If I Had My Time Again?

And hindsight, I’ll just say, hindsight’s a bitch. We can always say that we would look back and do things differently, but in reality it might not always look that way or it might not have always worked out that way.

If I had my time again, I really think that I would have invested more in my emotional wellbeing.  When I had the miscarriage, I was struggling. I was honestly a hot mess. I would cry sometimes at the drop of a hat. And my husband, Ross, he’s great, but he is a bricklayer. He’s not the most communicative person.

I don’t think he knew at all what to do and I’ll be straight up honest. He was not as invested in parenthood as I was, and he works on a a building site. He doesn’t see pregnant women everywhere he looks.  Where I worked in an all girls school where all of the teachers were primarily female, so there was so much pregnancy around me. All of my girlfriends were falling pregnant. I have this vivid memory of going out one day for coffee with my best friends, and I love these women to death, and I completely understand where they’re coming from, but literally the entire conversation was about pregnancy, and children, and motherhood. I felt like I literally said two words the entire time, because I didn’t have anything to say and I couldn’t relate. That was sort of my life, and I felt I’ve never felt lonelier in my life, and was generally just a hot mess.

By the time that we saw a counselor, when we had our first IVF cycle, I had kind of learned some coping skills, but not probably at the level that I needed at the time.  I honestly don’t feel like fertility coaches existed back in 2012 and 2013. Maybe they did and I just didn’t know about it. That kind of person would have really supported me on my journey.

I’m the type of person that really resonates when I do a course or have someone do a one to one session with me. For me, that’s what really helps me, and I really need that accountability and that personal touch, and someone sort of guiding me along. What I do now, is the second that I feel like I’m not coping or something’s not going right, I just reach out and get help.  I’ve had a life coach. I took Lisa Corduff’s Small Steps Back to You course. I’ve done all sorts of different things on my journey that have helped me since then and really helped me feel like I’m on top of my game, like I’ve got this covered, and that’s not how I felt before.

Managing the stress of trying to conceive

take your life off pause

Another thing I would have done is definitely take my life off pause. I was in the thick of fertility 24/7, and like I had this desperation in me that it had to be now. That I couldn’t possibly forego one month of IVF treatments, because this needed to happen and I couldn’t possibly go on a one-week holiday because of what would have happened with blood tests and things like that.

I don’t think, even if you are 39, that one month of your cycle being postponed will make a huge difference.  I completely put my life on hold. I didn’t go on any holidays or any short trips. I did nothing. I was a complete hermit, I felt in my house.  For three years.  If I had it to do over I would have taken more holidays, more courses, more bucket list things.  Enjoying that freedom more, and living,

focus on your relationship with your partner

The third thing that I would have done if I had my time again is I really would have focused more on my relationship with Ross.  Not that our relationship was rocky really at any point on our fertility journey, but there is something to be said for relationships that have these really strong foundations.  I think it’s really powerful to have a healthy relationship, have healthy communication, have healthy boundaries in place during your journey to help you then not only get through your struggle with infertility, but get through what goes on beyond that.

I feel like we would have really been helped if we had set down some foundations during our infertility struggle, rather than just muddling along and putting our heads down and forging ahead on sort of these separate but same paths together.  Having the healthy communication, those boundaries, having a whole bunch of things set, and having things like regular date nights, you know, like a ritual. “The first of every month we’re going to go for a date night.” Having things like that in place that will not change down the track is something that I definitely would have changed. Because I think it would have helped me later on.

7 Tips For Dealing With TTC Depression

If I had my time again, I probably would have my best to continue staying off gluten. When I was on my fertility journey, I basically became vegan.  My naturopath also told me I should be eating things like quinoa, so I did.  As my journey’s gone on, I’ve incorporated back some products. I only gave up gluten for four months in comparison to being vegan for more than three years on my journey.

I’m in the process right now of giving up dairy and gluten once again, but I really needed to have made a more concerted effort to continue not eating gluten.

5 tips to help you implement a fertility diet

If I had my time again I would have been more vague with people around dates, and what was involved, and I would have been really clear with my boundaries, to tell people that I didn’t want to discuss specific dates with them.  I had ovarian hyperstimulation and then my miscarriage, and everyone had known the date of the pregnancy test.  I just didn’t want to tell people on the day of the test.  When we were told that it wasn’t viable, I just didn’t really feel like sharing anything with anyone.

If people hadn’t known the exact dates and what was happening with my cycle, then they wouldn’t have known to ask and I could have sort of had my pity party in peace.  I wouldn’t have kept the journey a secret, but I wouldn’t have shared so much detail, especially around dates.

what i would have kept the same

One of the things that I wouldn’t have changed was the fact that I withdrew. I withdrew from a lot of friends. I withdrew from a lot of family.  I withdrew a lot, and as I said, I became a bit of a hermit in my house, and it wasn’t so much that I didn’t want to go out. It was that I needed to protect my energy because it was really hard being around people who were in a different phase of life to me. Even though I feel like it has now affected some of my friendships going forward, I still think I would have done the same thing, and I’ve learned a lot more about myself.  I’ve become a lot more stronger and a lot more resilient. We only have a limited amount of physical and emotional energy, and I needed that to be able to cope with my journey.

I would have continued to work in a management role.  I do love my career.  I think that it was a great distraction.  I had several staff reporting to me. I had fairly long hours, but not the longest that I’ve ever worked, if I’m honest. I feel that in coming to know myself a lot better on this journey since it’s finished.  I’m a connector – I feed off meaningful interaction with other human beings. I need that connection with other human beings, which is what work in an office kind of environment provides me. I’m so pleased that I didn’t quit my job or anything like that because I feel like that would have sent me into a further downward spiral, and that being in a management role is something that’s really helpful and suited to my personality.

I would have continued with the plant-based diet. As I said before, it’s the best that I’ve ever felt, and I’m in the place now where I’m probably not going to go to a plant-based diet. I’ll probably eat chicken and eggs, but I definitely don’t think that dairy is my friend at all, and I just don’t eat red meat within my diet anyway. So I definitely would have continued with that.

If things are not working for you, I don’t think that you should blindly follow your fertility clinic or the advice of your fertility specialist.  You’re the customer in this scenario. This is important for you, and while I don’t think taking a month off matters, I do think that time matters on this journey, so you need to have confidence and trust in your specialist team. I think that there does come some onus on us to be aware of what’s going on, to understand what’s going on, to ask our specialist for test results, to sit in our specialist’s office for as long as we need to understand exactly what’s going on, and to sit and prepare, and write down the questions so that we fully understand, so that we know where this journey is headed and what they’re planning to do. Because I have seen too many stories of people who have been at fertility clinics for far too long, and the journey only gets harder, so I would really encourage you to have trust in your specialist team, but make sure that they’re a specialist team that you can trust. 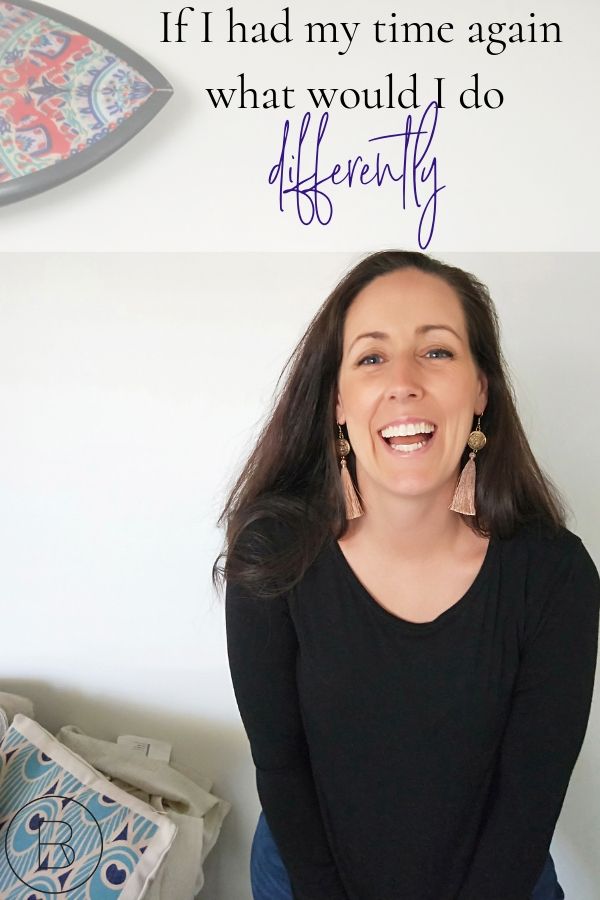 Previous Post: « Will acupuncture help me fall pregnant?
Next Post: Infertility Warning Signs: How To Be Your Own Best Detective »

Ha! Like literally that is the only thing I can re

PUBLIC SERVICE ANNOUNCEMENT If this helps just on

Sometimes the path is not what you thought it woul

I'd say one of my biggest accomplishments and less

Doors are closing for my signature program in just

Roll call! Who is in their two week wait? How many

I read an article recently that talked about how a

It might be hard to believe but I promise it's tru

This error message is only visible to WordPress admins

Error: API requests are being delayed for this account. New posts will not be retrieved.