No sooner than I announced that Rosco and I were having a baby, we’ve embarked on another project – operation renovate kitchen! We moved into our house nearly two years ago and have slowly been working our way through it, renovating everything.

Basically last on the list are/were the kitchen and the bedroom/ensuite. The ensuite is absolutely rubbish, but it doesn’t bother me that much. The kitchen on the other hand. Well…. the benchtops are so high they come up to about the middle of my ribcage. Now, picture me stirring a pot on the stove and standing back because I’m getting this belly, and it’s quite an amusing sight! It’s all falling apart too – the sink, the oven, the gas stove… dear me.

If I could give all the single ladies out there one piece of advice, it’s this: marry a tradesman!

I originally wanted to get someone in to do the kitchen, but because of the impending baby it just wasn’t going to work – I need it all to happen at our schedule (not anyone else’s), exactly the way we want it (we were thinking a minor renovation… now it’s become a major renovation) and at a cheaper cost.

I said to Ross that I really wanted the kitchen done before Tarantino arrives (that was my dad’s suggestion of a quirky name – so wrong, but that is what I’ve been calling the baby for now because I just think it is so funny!) but that I just don’t have the energy.

Anyway, my champion husband came through and is leading this project for me. He is amazing and I’m pretty lucky because he can pretty much do anything around the house and always finishes his projects.

So, over the next couple of weeks (hopefully these shenanigans will be all over by Christmas), think of my while I cook in my laundry… imaginatively! 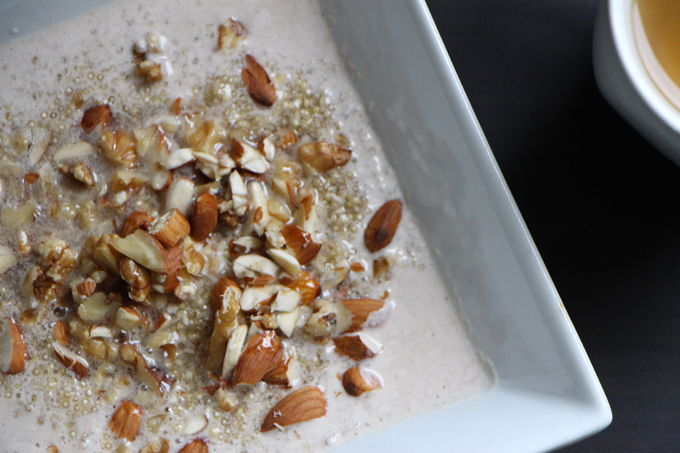 This week, my breakfasts have been all about the smoothies, as it is so much easier to just jam stuff in the blender and let it do it’s thing, but otherwise, sometimes I mix it up and have all sorts of things. Ordinarily, I just can’t get into quinoa as an alternative to rice or serve it with dinner (unless it is in a soup), but for breakfast, I really do love it as a quinoa porridge.

This quinoa porridge recipe has that delicious cinnamon taste, and is packed with protein. I have added more almond milk than I usually would, because I wanted it to still have a bit of liquid in it. 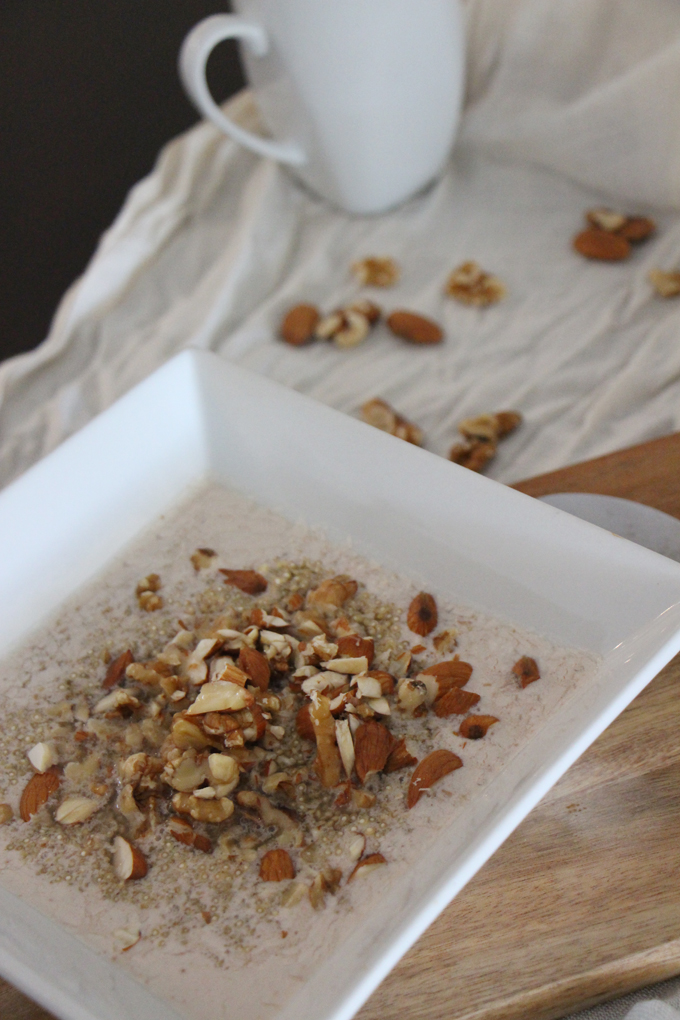 So, do you have any suggestions for meals I can cook that don’t require an oven over the next couple of weeks?